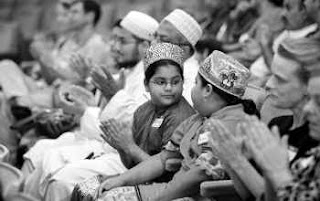 "All we can do is raise consciousness so others see people are aware of this," said Len Ellis, president of the Dallas Peace Center. "The alternative is to do nothing, and that's not a good alternative."
Posted by Mike Ghouse at 8:24 PM 1 comment: 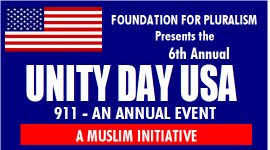 On this Unity Day USA, we the people of the United States of America of every faith, race, ethnicity, culture and background will gather to express our commitment to co-existence, Unity, safety, prosperity and well being of our nation.
Who: Your family and friends. Leaders from civic, fire, police, education and public life.

Ticket: Complimentary, courtesy of the sponsors
It is a day to experience a sense of unity with fellow Americans, as we drop all our identities for the two hours we are together and be with each other as Americans. If we shy away from consciously shaping our future, we may drift into the abyss of incoherence. We may be fighting against deeply entrenched positions rather than finding solutions to the common issues; peace, security and prosperity of fellow Americans.

As Americans we uphold, protect, defend and celebrate the values enshrined in our constitution. Our faiths reinforce the idea of One Nation with liberty and justice for all.

Please mark your calendar for Sunday, September 12, 2010 between 5:30 PM and 7:30 PM .
Please send a confirmation of your intent to attend with names to: confirmattendance@gmail.com.